An Educator’s Journey
to Leadership 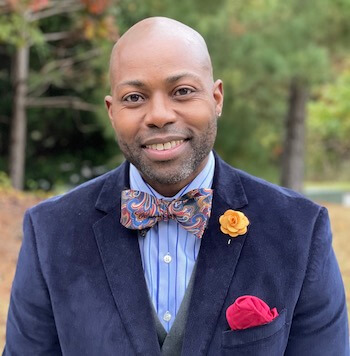 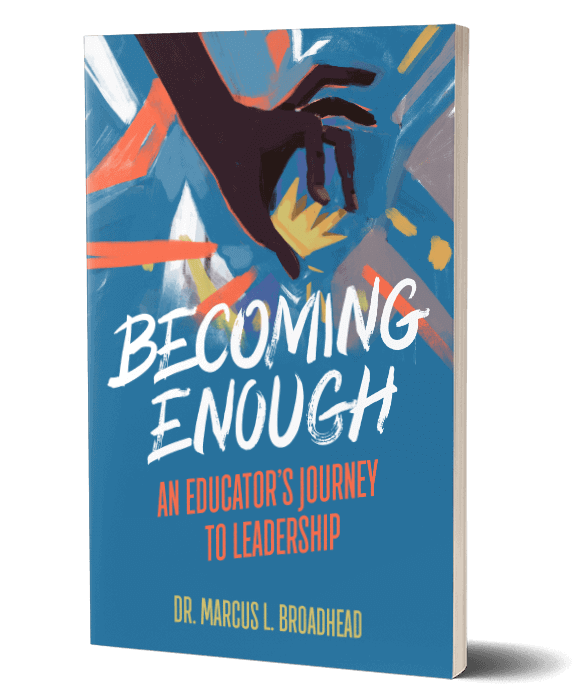 Becoming Enough gives you the opportunity to relate, wonder and question how you may be living up to the standards you have set for yourself in your chosen career. 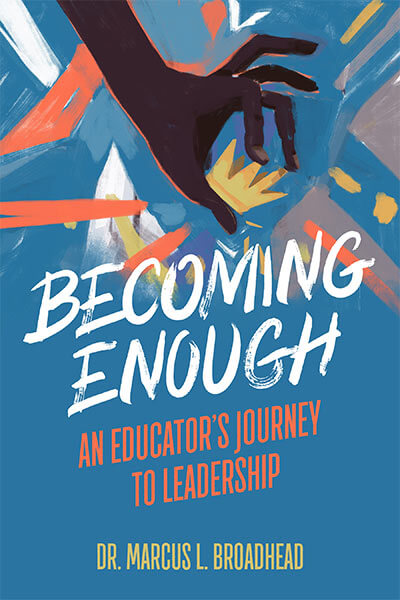 Buy the PaperbackBuy the eBook

Being an educator is not easy. It is a noble profession for a reason — which means that not everyone is meant to be an educator. After he was faced with the possibility that he too may not have been the right person, Dr. Marcus Broadhead reveals an honest look at what it took for him to recognize his purpose.

Who we are today is the sum of all of the steps and experiences we have taken. For Dr. Broadhead, his missteps frame the wealth of experience he has accrued over twenty-plus years in education.

In Becoming Enough: An Educator’s Journey to Leadership, Dr. Broadhead reflects on the experiences he had as a teacher, assistant principal and principal to shed light on the question: Have I done enough to make a difference? He explores his encounters within different school systems and in numerous roles and the challenges he has identified as a Black man seeking to find his place and to do his part based upon his understanding of his responsibility.

The experiences he shares are genuine moments that speak to struggles all educators can identify with. Assisting children and adults to learn and to grow for a greater good that may not ever be seen is a daunting challenge. For all who read, humanity resonates in the quandaries. Trying to understand how to recognize your part in the complexity of life and to find value and meaning in what you do is a universal struggle. Becoming Enough gives you the opportunity to relate, wonder and question how you may be living up to the standards you have set for yourself in your chosen career.

“Dr. Broadhead has tapped into the collective spirit of educators: we doubt, we strive, we hope, we dig, we believe. His journey is all of our journeys with a much needed introspection on the mission to being an effective teacher and making a difference. Becoming Enough is a poignant tale that many of us educators know all too well. Dr. Broadhead has taken the educator’s vulnerabilities and weaved them into a story full of painful lessons, hopeful beliefs, and an unrelenting work ethic. This book reminded me why I continue to teach.”

“The field of education has been in crisis for at least 30 years. No community has suffered more from this crisis than students of color and communities of poverty. Becoming Enough is an engaging reflection from a passionate educator navigating his way through a system that can at times be corrupt and difficult, and finding his path to influence and excellence. In an era where Black male educators are leaving the field of education, I hope that this book inspires the reader to take the challenge that Dr. Broadhead accepted, and consider the field of education as a pathway to become a positive agent for change in communities of need.”

“With equal parts reflection, humility, pride, and transparency, Marcus Broadhead has provided us with lighthouses for servant leaders to shape their core values, while shaping school culture. Through this window into his leadership soul, every established and aspiring leader has a safe place to examine their own soul. His style and stories are so real and relatable, that before you realize it, you’re refining, reinforcing, and even reimagining how you lead from where you are.”

“Dr. Marcus Broadhead does an amazing job of walking you through his journey as a young black male navigating the public education landscape. His story is powerful, and the lessons he learned along the way will help every educator grow in their profession.
Becoming Enough will capture your heart and mind, and it will challenge your thinking about issues you may not even be aware exist in public education. I am a school principal with over 10 years of experience in school leadership, and I found myself reflecting on how I address different situations in my own school. How do I create an environment that helps me recruit and retain amazing young educators, and what could I do better in order to help them develop into strong future school leaders?
If you want a book that will challenge your thinking, open your eyes to the world of education from a unique perspective, and help you grow as an educator then I highly recommend that you pick this book up!”

Dr. Marcus L. Broadhead’s career has spanned two states, four degrees, four high schools, three middle schools, roughly 500 colleagues, and over 50,000 students served over twenty years. He has had the privilege of working with students from seventh grade through college before going into educational administration.

As a New York native and Georgia resident, Dr. Broadhead entered the field of education as an English teacher under the premise of wanting to do more than just teach Shakespeare. Having recognized early in his career that he could inspire students not to defer their dreams, he began creating opportunities for students after school. Building mentorship programs and serving as a sponsor for extracurricular activities confirmed the need to support students beyond his role of teacher. He credits much of what he has accomplished as an educator to his time in the classroom, and focuses on seeking connections to empower as the basis for his approach to leadership.

For Dr. Broadhead, being an educator holds the weight of the responsibility to truly educate and be a resource to all with whom he comes in contact. He currently serves as a principal, and supports educators through talks on parent engagement, empowering others, and purpose driven leadership. He also volunteers his time to speak to youth on perseverance, making positive choices, and goal setting.

Dr. Broadhead earned his Bachelor’s degree in English and Master’s in Education at Hofstra University in NY. He furthered his education by adding Ed. Leadership to his Master’s degree through The University of West GA, and received his Specialist and Doctoral degrees in Educational leadership from Argosy University.

His accomplishments are not defined by his accolades or measured by the number of programs he has created, supported or led, but by the individuals he has positively influenced. Being part of the solution is on his daily to-do list, with an emphasis on moving a community forward through those who have the power to change lives.

However, he never loses sight of his utmost priority and legacy: his wife, Lisa, and his children, Taylor and Aiden.

Marcus is available for: